I had a little train trip off yesterday to meet up with three school friends, two of whom I had not seen in over 40 years. Would I recognise them? Would they recognise me? The meeting was warm, and sociable, and though all that time had passed, and our lives had gone in so many different directions, we fell back into our school days' friendship as though there had never been an interruption. It was a very special day, and I came home feeling emotionally charged, knowing something I was part of all those years ago, was still inside me.

The whole experience of our reunion, made me focus on my early childhood, and how I, it now seems, was brought up by a community, not just a family. That community was the population of Long Preston, in the Yorkshire Dales, where I was born. Now older, and with time to reflect, I realise that I owe that community so much. The people who supported the church and its annual parties with egg sandwiches, jelly, and blancmange, and buns and biscuits. The people who organised bus trips. The people who ran a beetle drive every week in the winter at the old scout hut. The people who ran the village sports day. The people who made coffee and cake, and held bazaars, and sales of work. And especially those organisers of the Boxing Night Dance, held at the Mechanics Institute, where I first met my lovely David. Then there was the library, and such things as the parade on Remembrance Sunday, and summer cricket on the green. And nobody complained when we kids went out on Mischief Night, knocking on doors, and tying up gates. And everybody put coppers in our tin when we did the rounds, carol singing before Christmas.

Yes, I had wonderful parents, who provided for me, and nurtured me, but the total person I have become is certainly in some part a product of being brought up by the whole community of Long Preston, and, of course Hellifield, where David and I brought up our own children (with the help of that equally warm group of people).

So this is the poem that emerged from my day trip into the dales, if you were brought up in Long Preston you may feel the same way as I do.

Put me on a train and send me back
To that frame of fields, that buttercup world,
Where days were unnumbered, and ideas unfurled
In petals of time, that mattered the most.

Send me back to the cricket pitch green,
To the ginnels, the gates, the graveyard ghosts,
To the butcher’s shop with its Sunday roasts,
And cleavers, and steals, and barrels of bones;

Let me hear once more a slop of churn,
And a clop of hooves on the cobblestones;
And the clink of milk outside curtained homes,
While the cockerel crowed in the morning light:

Place me on a wall and let me see
Beyond the moor, beyond the curlew’s flight,
The winding stream, the oxbow lakes, the sight
Of white steam on the valley’s iron tracks,

Sit me inside the Sunday school room
With its scrolls and rolls and lavender wax,
And its suffer the little children plaques,
And parties, plays, and magic lantern shows.

And outside gardens with high stonewalls,
Where lupins, and roses and tall trees grow,
And everywhere chimney pots, rooks and crows,
In a leafy landscape of long ago.

Stand me beside the old stone fountain,
With eyes on the concrete and cottage rows,
Let me breathe its scent, inhale head to toe,
Every connection that gave me such joy:

Open the door of the Institute,
The bands, the bazars, and the hoi palloi;
Coffee and biscuits for all to enjoy,
And medal-clad elders to show us the way:

Let me meet again your familiar face,
In that space we shared in communal play,
Let me recover the bliss of those days,


To keep in my heart for always, always.

Well, there you have it. Thank you people of Long Preston 1951-1966. And thank you, Elsie, Kathleen and Elizabeth for such a wonderful reunion.

And what other news do I have? Well, I have embarked on a fitness programme and have been doing a three mile walk every other day, plus a few press ups (not from floor level yet), and I am feeling well off it. I have almost finished another art masterpiece, and I actually think my cooking has improved (slightly). I'm looking forward to the Royal Wedding on Saturday, I'll be glued to the TV. and I may even indulge myself in a glass of bubbly to toast the handsome couple.

Talk to you again soon, dear reader, bye for now,
Love and hugs,
Jane x
Posted by Jane Sharp at 10:01 PM No comments:

Oh them Sharp's they donned their boots
To watch those cycling men
They marched themselves up Blacker Hill
And marched back down again.

And a jolly time was had by all. The cyclists streamed by, undeterred by the gradient of the hill. A helicopter hovered overhead. A dozen or so police motorbikes sped by, lights flashing, sirens screeching, and like a single body, a mass of competitors, peddling like no tomorrow, whooshed by. Several support vehicles carrying spare bicycles followed on, then it was over. Over for us that is, the lovely lycra men had miles to go to reach the finishing line in Ilkley. David and I sat in the pub and watched the rest of the race on the television before walking home. I wouldn't mind a bike, but I prefer to walk up hills, and we seem to have done quite a bit of that lately. Where will it end? 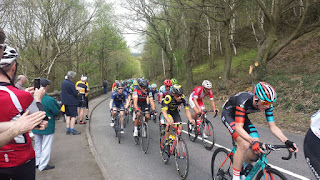 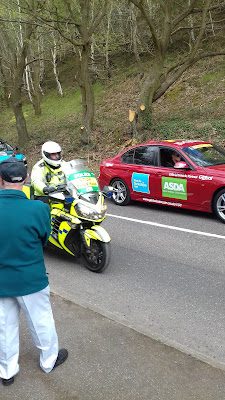 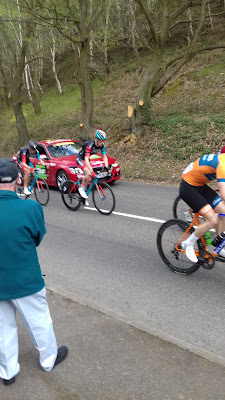 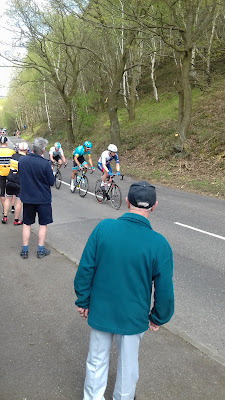 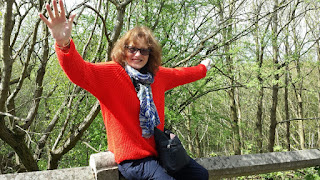 So, that was my day. I hope yours was as enjoyable. I can recommend a walk through Worsbrough woods, the bluebells are stunning and there is a plethora of wildlife. It looks like it's going to be a sunny bank holiday weekend, so make the most of it. I shall be in the garden reading a few poems. By the way, I have completed a final edit of my book, Higgs Bottom, and we are hoping to have it up on Kindle before too long. 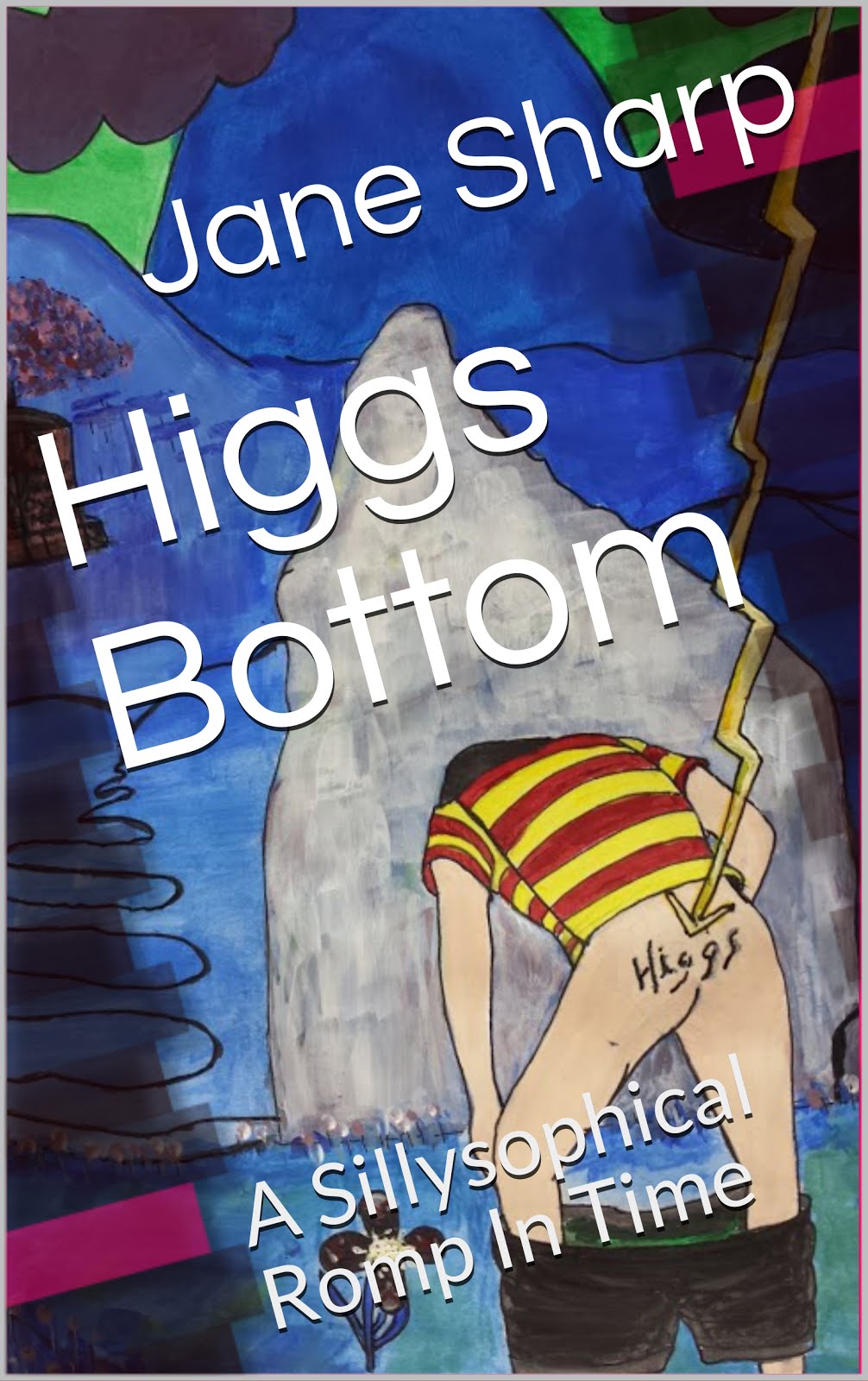 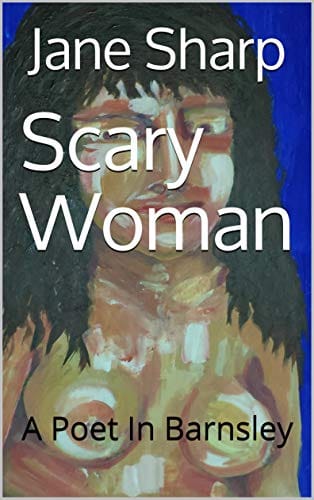