It's Not That Cold Up North! 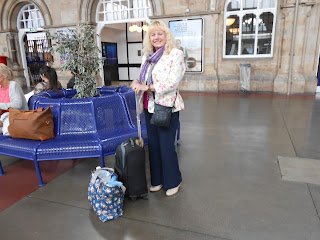 I'm just home from an excellent adventure! Four days with my good friend, Pauline, in Marton, Middlesbrough. Not only did I get to meet one of my Facebook friends, Jay Tee the famous Middlesbrough film maker, but I also managed to do a bit of book promotion at the Marton library. Pauline treated me to the delights of the area, which included a night at the Bingo, a trip to the Transporter Bridge, and Fish and Chips at Saltburn by the sea. And it was fun, fun, fun the whole way. We ended up so tired that we almost fell asleep watching The Rolling Stones at Glastonbury, and I doubt many slept through that. 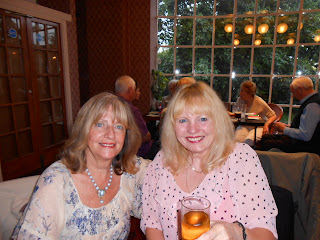 It's a long time since I last played Bingo, but I soon got the hang of it. Pauline supplied me with a dobber, I called it a dibber, but it didn't bring me luck. Never mind, we had a laugh. 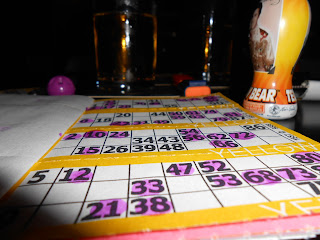 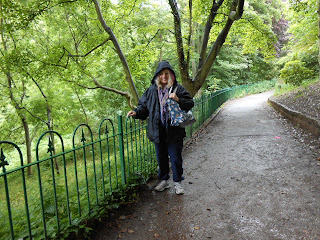 It's a good job I took my mac because the next day was slightly inclement. Not to be deterred, we headed for the seaside. I really loved Saltburn with its Victorian Spa feel, the Valley Gardens, and the Funicular lift up the cliff side. We called at the cafe bar in the gardens and had a lovely hot chocolate, then we walked to the Smuggler's Inn, and went onto the beach to do a spot of fossil hunting. I learned that this was the Jurassic coast, and after that there was no stopping us. We both found fantastic fossil specimens of crustaceans from millions of years ago. 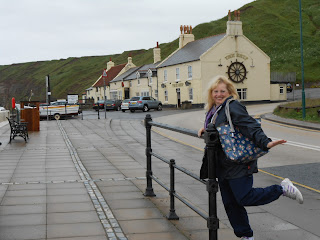 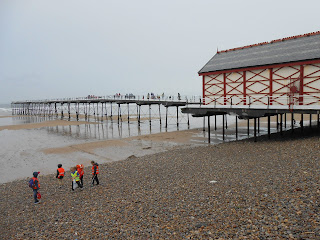 Of course we had to walk along the pier (in the pouring rain) with our fish and chips. There were lots of schoolchildren enjoying a day trip to Saltburn. And when we had washed our sticky fingers, we went into the arcade and had 50 pence worth of slot machine fun. 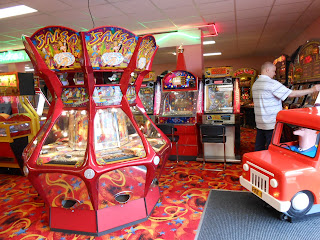 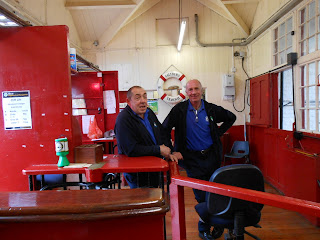 Ticket officer, Paul, and lift operator, Adrian, tried to explain where the boundary of Yorkshire stopped and started. It is all very confusing, but most people I spoke to liked to thing themselves as being Yorkshire. The 50p ride up the cliff was well worth the money. And at the top to open the doors was another Paul, Paul the banjo player. He even gave us a tune, and a little ditty, before we headed off into the wind and rain, in search of the famous chocolate shop. 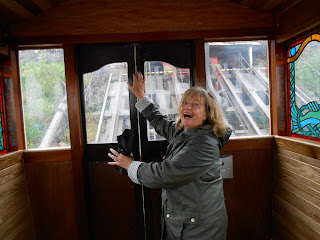 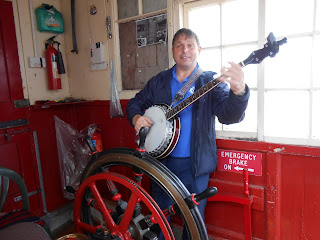 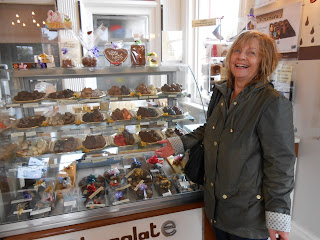 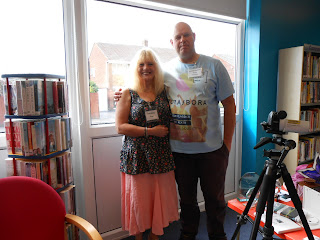 And the next day the sun came out, right on cue for my book signing morning at the Marton Library. There I met Jay Tee, a local film director. We have been Facebook friends for a couple of years, and never met. It was a good meeting, and after the event we went to the pub for a jar and a natter. 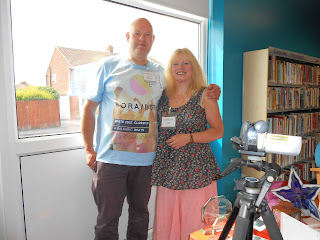 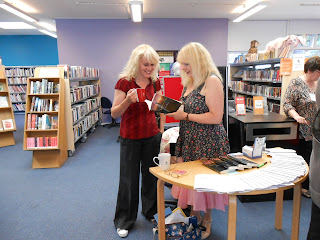 I was happy to promote my writing, and I got into conversation with lots of lovely people. It was the first time Tears From the Sun - A Cretan Journey had been to Middlesbrough. 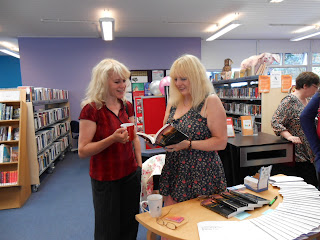 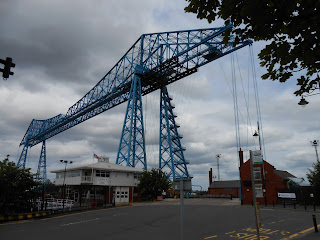 On the way home we took a close up look at the famous Middlesbrough transporter bridge. It's a true dinosaur, thin at one end, fat in the middle, and thin at the other end. 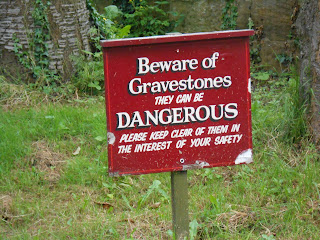 We laughed at this sign. It was placed at the beginning of a graveyard we passed. 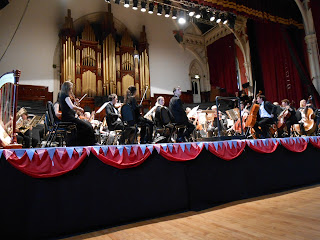 This photo was taken before the choir arrived on stage. The Concert was given at the Town Hall in Middlesbrough. It was called Coronation Celebration, and the orchestra was the Mowbray Orchestra, conductor John Forsyth MBE. The Choir was the Cleveland Philharmonic Choir. How marvelous that my friend Pauline should think of me and book seats as a Saturday night treat. It was wonderful to sing Land of Hope and Glory with the audience, just like the last night at the Proms. (Well almost). 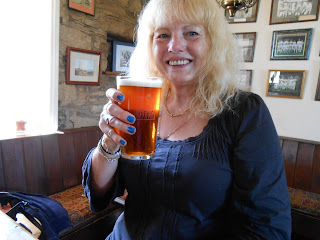 And then we needed beer. After church on Sunday morning, we changed into our country garb and headed for the dales. We parked the car at Cobbydale and walked along a bridleway, about 2 miles, to a pub called The Eskdale. It was an easy walk in God's own countryside. 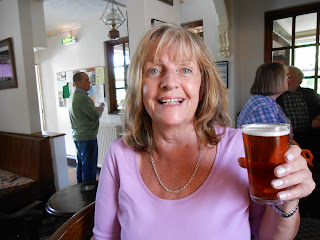 We saw lots of Tumuli, I have to look up the history of the area. I forgot to tell you that we did visit a museum at Redcar, and we saw the exhibition called The Saxon Princess. Fantastic jewelery that had been found in a Saxon graveyard, in a field not far from Redcar. The owner of the jewelery had been buried in a bed. Other graves produced more beads and gold broaches etc. Thoroughly fascinating! 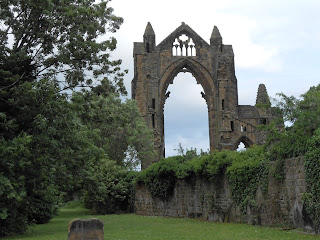 To round off my trip, Pauline took me to Guisbrough Priory, or what is left of it. And then we went home to a hearty meal and a game of scrabble. It was the end of my stay in Middlesbrough.

Now I am back in Beckenham with all those memories of my little adventure North. I missed choir practice last night (bad girl) but am now raring to go, and have spent a good two hours practicing my cello today. Tomorrow I have to visit the dentist, and then I had better do a bit of shopping, I ended up having boiled eggs and baked beans for tea tonight, the cupboards are almost bare. Still, Pauline fed me so well that I'd better cut down a bit for the next few days.

I traveled to Middlesbrough on the train. I booked on-line with EastCoastTrains, making a good saving by using my Senior Rail Card. So I can thoroughly recommend you get one if you are entitled. And I am already planning my next adventure. Follow me again soon, to see where I get to in July.